Daniel Byrd lives in Glasgow, KY and has been a farmer with World Tree for two years. He has grown some of the healthiest and fastest-growing trees of all our farms in the Southeastern USA. Read this exclusive interview with him to learn how he did it.

Hi Daniel! How did you find out about World Tree?
I purchased this land about three years ago with the plan to transition some of the ground to organic crop production. So I went to an organic agricultural conference and they started sending me organic magazines. While I was reading about growing organic corn I found an ad  featuring World Tree. So I called and started talking to the rep and here we are.

Okay, awesome. And you’ve had your trees for two years now. Can you tell me about your experience so far?
We have spent a lot of time in the fields. Thankfully we’ve gotten a lot of rain this spring and last fall. The weed and grass pressure has been intense. Part of the reason for this is because of how we fertilized. We put on three tons of chicken litter per acre and you just wouldn’t believe the next year. We had six foot Johnson grass, at least and our trees were still just a few feet tall…It was crazy, We had to keep the tractor here in the field because we were mowing like every other week.

Ok, so tell me about watering that first year. How often did you do that?
Well we had a couple weeks of hot and dry weather, like a drought. So, we were watering about every three or four days. We would watch the leaves to see if they were sagging in the morning after the dew lifted. If they were, we would go water. We spent a lot of time watering. It takes over eight hours to water everything.

Sounds like you really paid attention and it has really paid off. You have a 98% survival rate. So tell us how did you go about planting?
Well, I marked out the 20 about 20 area and I ran a subsoiler on grid. I was running that about 36- 38” deep. We then used a front end loader to scoop a mound. We had about six guys out here and we just went through the rows and planted. It took us about three and a half full days. I had spend a few days before the trees arrived to prepare the soil so when they came in we just focused on planting.

Well, we can tell the care you put into the process. The trees here are in second year of growth and the average height across this plantation is 6-8 feet tall and it is only July. What’s the biggest thing you’ve learned so far?
You know, I’ve never had a tree farm. So it’s interesting to learn the ins and outs of how the trees react. I have been out here at least every other day, to look around and see the growth.

What would you say to landowners or farmers that are looking at getting into this?
I would say, as with anything I’ve ever gotten into; you need to go visit, men and women that are doing it and probably doing it well. You don’t have to reinvent the wheel. You can borrow their ideas and create your own plan. 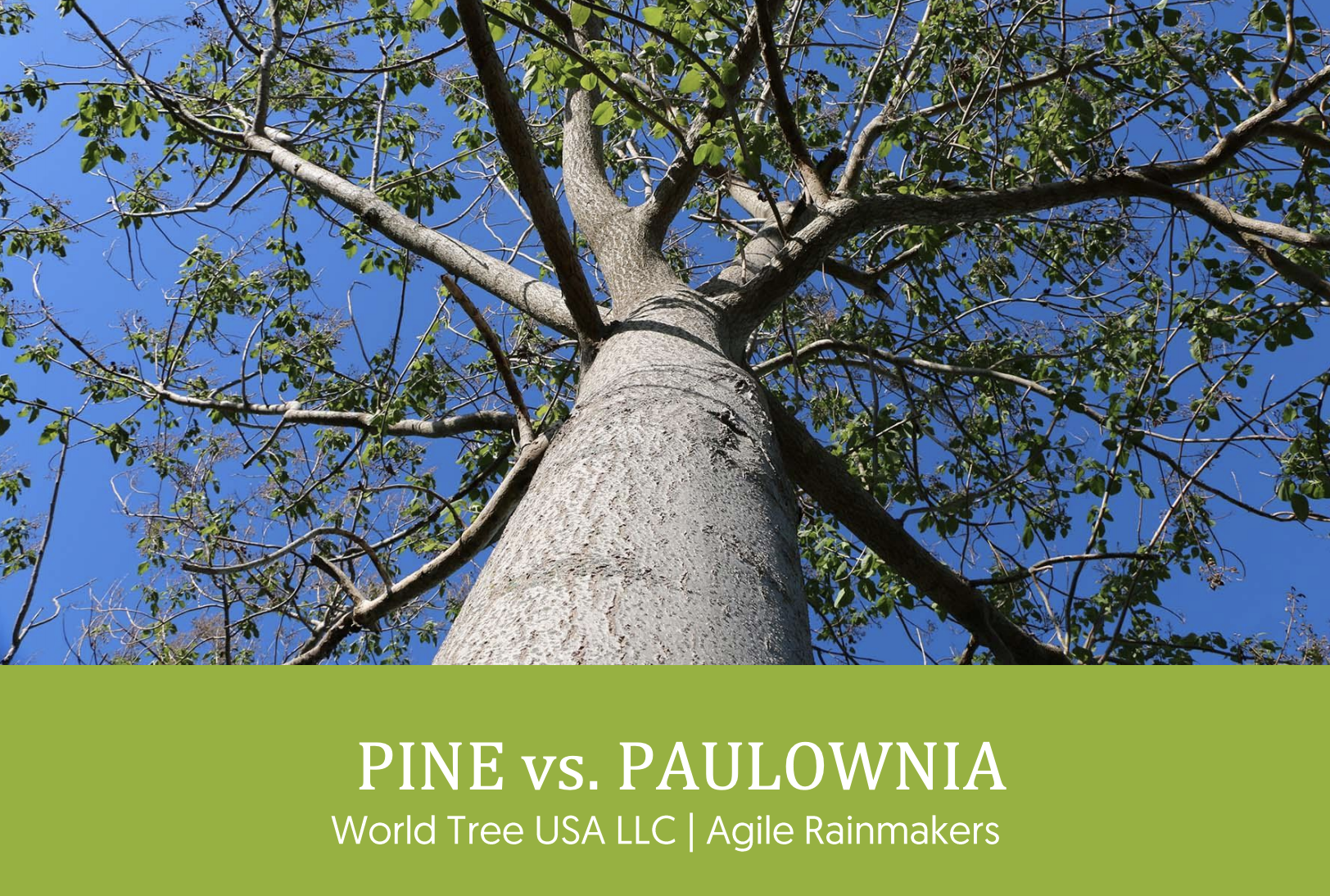 Receive a copy of the Pine vs. Paulownia Report

Sign up for the Empressive Farmer newsletter and receive your free copy of the Pine vs. Paulownia report

You have Successfully Subscribed!