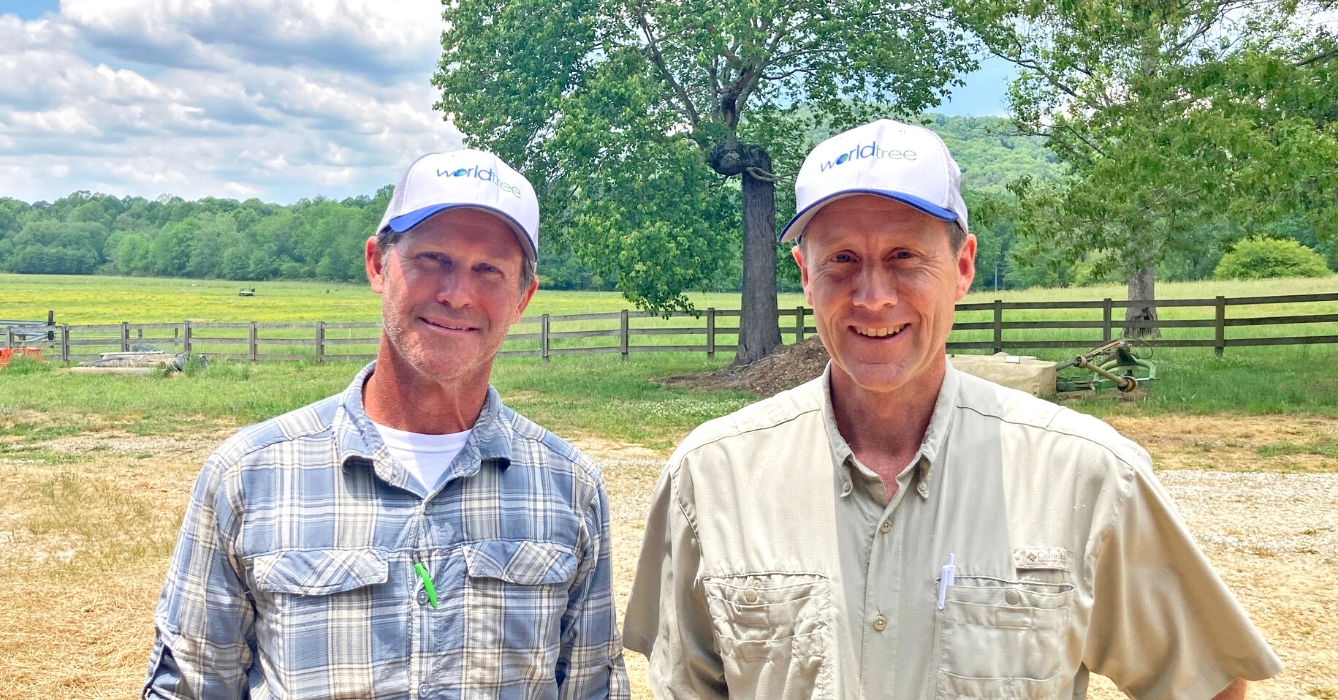 The Empress and The Pilot: Jim West

Jim West began planting with the World Tree farming program in 2020 on his property in Sautee Nacoochee, GA that has been in his family for four generations. He converted 10 acres of his unused pasture land into an Empress Splendor plantation. While he plans to continue raising cattle, he hopes to plant more acres of trees in the future. Jim is also a pilot with Southwest Airlines – he’s one busy guy!

Jim initially found out about World Tree from an ad in a local newspaper. He was intrigued with the idea of planting a new type of tree crop on parts of his land that were not being used for any other purpose. He did some additional research, visited an existing World Tree farm, and quickly determined the program seemed like a good fit for himself and his land.

He was attracted by the idea of becoming a tree farmer and learning about the lumber market, plus all of the other benefits (to the land) the trees provide, which include natural nitrogen replenishment and blossoms that attract honey bees, and the possibility of creating a silvopasture (an agricultural system that blends cattle with trees) operation in the future. He was intrigued by how fast the trees reach maturity – in only 10 years. “It’s something that I can see in my lifetime… It’s something I can pass on to my boys if they want to step in and be a part of the farming,” he stated.

Jim loves the fact that after the first harvest the tree will regrow from the same root system without replanting. The mature root system quickly grows new shoots, as he has witnessed happening even with some of the trees he thought had been lost to unexpected frost last year (see image). When there is new growth like this, the grower selects the best shoot to become the new tree. 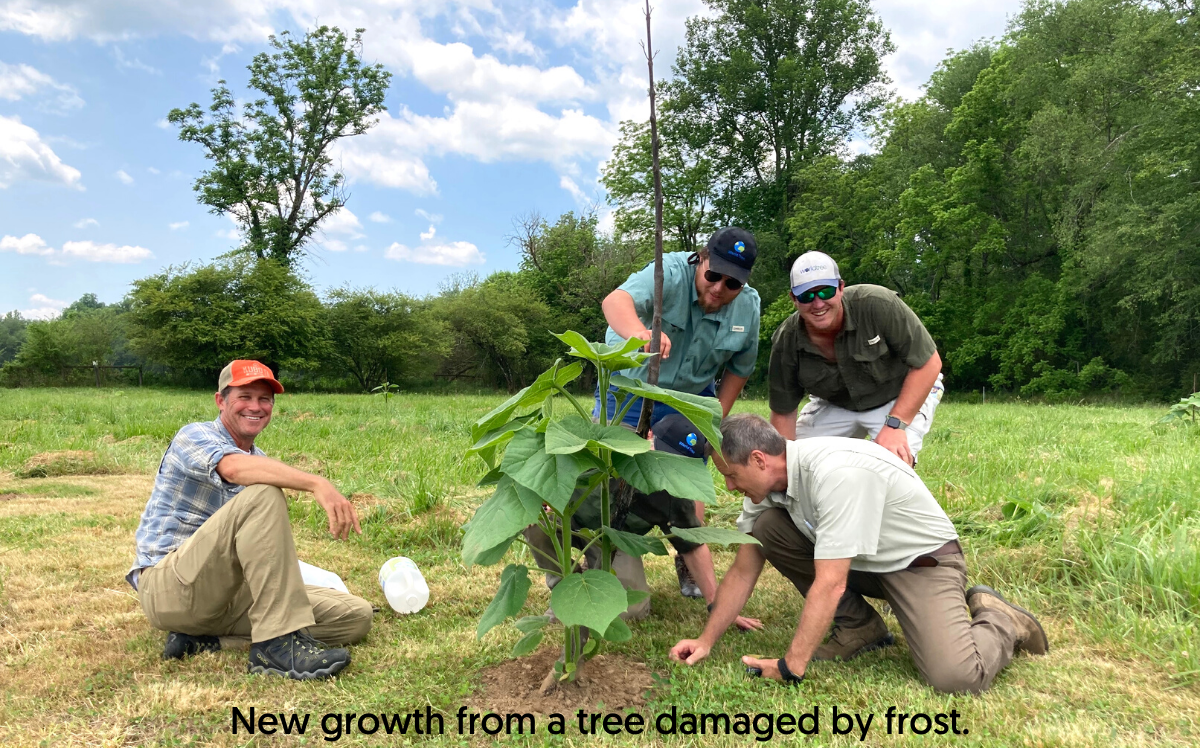 Along the way, Jim has learned that the trees require a reasonable amount of attention in their first year of growth depending on the weather and other localized conditions. For example, if conditions are dry, as they have been in many areas so far this year, farmers need to be prepared to do a lot of watering in the first couple of years. Jim cautions, “I’m discovering more and more that these trees need a lot of water. So, just make sure you have access to and can distribute the water in an efficient way.”

After an unfortunate late frost last spring, Jim lost quite a few of his original tree saplings. World Tree has replaced all of the damaged trees, and they are growing well with the support from the World Tree’s farmer support team.

Overall, it’s important to follow all of the protocols created by World Tree and to ask for help when it’s needed. Once the trees are established in the first couple of years, Empress Splendor trees become much more hardy and resilient, and farmers can expect to spend less time tending to them.

Jim would recommend to anyone considering joining the 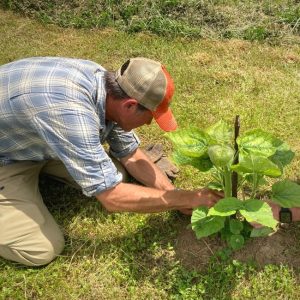 World Tree farming program that they be aware of the amount of labor it takes to plant, grow, and maintain healthy trees. “I would definitely (recommend) getting all of the information, and see if you and your family can physically manage the process. And if you have the time, I would absolutely recommend getting started with at least 10 acres, knowing that it’s going to take some work. But if you’ve got the commitment, I would highly recommend getting started with World Tree.”

He feels that many people who grow trees might not consider themselves to be farmers. He added, “But hopefully the people that would do this kind of adventure would be of a different mindset that they’re open to suggestions, to corrections, and to learning something new that can be very rewarding all around.” It also helps to be both a farmer and an entrepreneur. “It’s brand new (for most farmers), and you don’t know what the challenge is… but it is exciting at the same time… If I got 40 acres of growth that alternated every two to three years, well, that’s legacy type stuff! It’s not just for me, it’s primarily not for me, that is just an amazing peace of mind.”

He is grateful for the support he has received from the staff at World Tree. “Everybody’s been wonderful to deal with, very helpful, and, barring the weather, everything has been great.”

Jim hopes to plant more Empress Splendor trees with World Tree in the future on more of his unused pasture land.

Find out more about World Tree’s farming program and if it is right for you at: www.worldtreefarmers.com.