Soil to Sky: Partnering for the Planet

Soil to Sky: Partnering for the Planet

Most of us don’t think much about how the soil and the sky are connected. But their relationship is in fact one of the most important on the planet for maintaining life.

Soil absorbs and stores the CO2 from the atmosphere as soil carbon. This carbon is the building block of life – every living thing is made from it. When the soil is dried out or otherwise degraded (i.e. dirt!), it loses its ability to act as a carbon sink. And the more CO2 remains in the air, the more the rate of climate change is accelerated.

Planting more trees and implementing regenerative agriculture practices are important actions that will reverse soil degradation. Both are also the cornerstones of World Tree’s Eco-Tree Program.

We also understand this is not something we can do in isolation. Partnering with other like-minded organizations is essential to broadening knowledge and for the acceptance of new practices.

On December 8th, 2021, World Tree was honored to host a webinar –  From Soil to Sky: Partnering for the Planet – with some very special guests, all of whom share with us a love of trees, the soil, and creating a better world for ourselves and future generations.

Our own CEO, Doug Willmore, was joined by Ryland Engelhart from Kiss the Ground, and Ray Archuleta from the Soil Health Academy, plus actor and environmental activist, Adrian Grenier. We were also grateful for our fabulous moderator, Ba Minuzzi, from UMANA.

We used this opportunity to announce some very special partnerships with these folks that will allow both our investors and our farmers to become active participants in the movement to regenerate the soil through more regenerative agricultural practices.

Empowering our investors as advocates for soil health

Ryland Engelhart is co-founder of the non-profit, Kiss the Ground, and helped produce a documentary for Netflix of the same name. His goal is to awaken people to the possibility of soil regeneration through training, media and policy reform. During our Soil to Sky event, Ryland shared the importance of listening and tapping into the intelligence of nature: 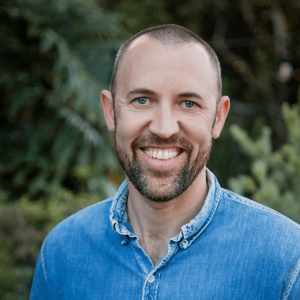 “I started on this journey of soil about 10 years ago, when for the first time in my life I felt a deep feeling of hope, and saw a pathway where life could be better in a couple generations based on the ecological principles of grasses, trees, plants and soil… I saw how humans could be part of a trophic cascade of good for our Mother Earth.”

When Ryland speaks, everyone listens, and we know many of us would like to have the ability and the expertise to share their passion just as eloquently.

To that end, World Tree has created a partnership with Kiss the Ground that offers our investors the opportunity to participate in Kiss the Ground’s Soil Advocate Training as a special perk for investing through Wefunder.

The Soil Advocate Training program is a way for people concerned about climate change and traditional agricultural practices to learn solutions from the perspective of soil health and regeneration. It provides the knowledge and the tools to speak with confidence about these important topics to different audiences. We all need to become advocates for the soil!

Giving our farmers the tools to become champions of regenerative agriculture

Ray Archuleta is a pioneer in the regenerative agriculture movement. He is retired from 30 years of service with the US government, including time with the USDA, where the focus was to try and “manage” the soil, water, and crops to meet the needs of industrial agriculture. But he could see that approach was failing, and that we really needed to learn how to work with nature, rather than fight it: 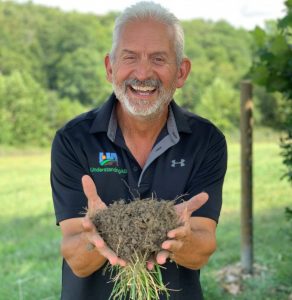 “My epiphany was that the soil is alive! People are taught that the soil is dirt … but it’s much more elegant than that…After 8 years of university, nobody told me the goal was to mimic nature…It was always about more chemicals, and generally more, more, more.”

Ray and others know that educating farmers about the many economic and environmental benefits of regenerative agriculture is key to reforming agriculture and improving soil health. He became a lead educator in the Soil Health Academy’s flagship regenerative farming course, Regen Ag 101.

World Tree is pleased to announce that we are offering this course at no charge to our US-based farmers beginning in early 2022. They will learn the principles of regenerative agriculture and discover how to apply this knowledge to their Empress Splendor tree farms, including intercropping, cover crops, eco-friendly fertilizing, pest control and watering techniques.

From celebrity to champion for the environment

Actor and activist Adrian Grenier is a change agent who leverages his influence as a communicator to spread consciousness on essential issues. He introduced himself on the webinar as someone who epitomized consumerism and capitalism on the show Entourage, while simultaneously living a double life as a UN Goodwill Ambassador for the Environment and starting a non-profit for ocean conservation. 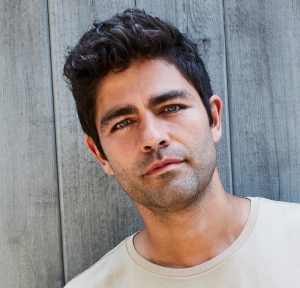 He has now unified his lifestyle with his values and along that journey he has developed a farm in Texas that includes growing World Tree’s Empress Splendor trees:

“I’ve fallen in love with this tree working with it on the land. There are so many benefits … not only is it an opportunity for me to drawdown carbon and enrich the soil, I love the idea that I can intercrop the tree. And we can reintroduce bees to the land.”

Adrian has also become an advocate for using money as a tool for good, and is working with Ba as Co-Founder to DuContra Ventures to align capital with values:

“There is one thing I kept ignoring; which was money itself. Some say ‘it’s the root of all evil’ but it could be the root of all good. It is a useful tool … But how we use it, that’s the key. We’ve been focusing on money as the goal, but it’s the flow of energy – the tool – to how we create the nature we want to exist in.”

Adrian has become a big fan of the work of World Tree and will be featuring the company and our CEO, Doug Willmore, on an upcoming episode of an IGTV series, EarthSpeed.

Partnering for prosperity and the planet

We were incredibly impressed by the passion and integrity each of our guests and future partners brought to the topic of soil regeneration, and are excited to be working with them in the future.

Watch the full recording of the Soil to Sky webinar:

Learn more about World Tree and our Eco-Tree Program: